Legal “Standing” to Challenge a Will 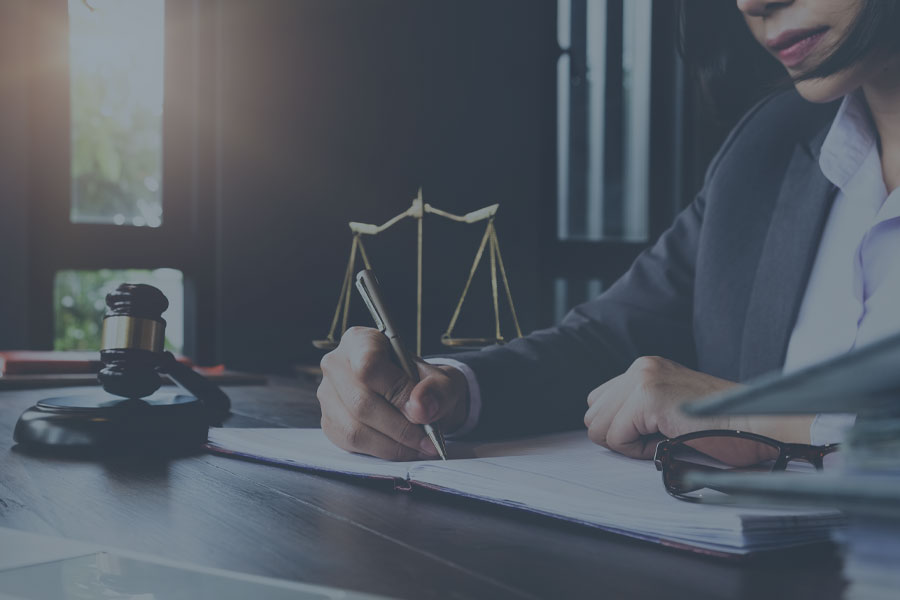 This articles offers an overview of the 2018 Court of Appeal decision in Olson v. Skarsgard Estate, 2018 SKCA 64.

Olson offers an important reminder to parties involved in estate litigation. Namely, one should always check to make sure you have the legal “standing” to formally challenge a Will.

Olson involved the estate of a deceased, who had been a successful farmer. The deceased had been diagnosed with terminal esophageal cancer in October 2015. The deceased married his long time partner a few months later in March 2016. The deceased had already had a child with his partner previously, and they had been co-habiting together as a couple for a lengthy period of time.

The deceased then made his last will and testament appointing his wife as the executor and as the sole beneficiary of the estate. The deceased died mere months after his marriage, in May 2016. His wife applied for letters probate of the will, which would leave her the estate.

The deceased’s sister opposed the probate application and disputed the nature of the relationship between the deceased and his wife. The sister also claimed that her brother was not the father of the wife’s daughter. The sister applied for an order for proof in solemn form, which would require that the wife formally prove the validity of the 2016 will in a trial. This type of application requires a challenger – the sister – to present evidence showing a “genuine issue” with the will’s validity.

In response to these allegations, the wife responded by presenting clear evidence of her long relationship with the deceased, which went back some 16 years. As well, the lawyer who prepared the will swore an affidavit as to his involvement in that process, and his observations of the deceased at that time. The lawyer stated that he had had no concerns about the deceased’s capacity to instruct him or to execute the will.

Other evidence also indicated the deceased had publicly acknowledged his common law relationship with his wife, and had acknowledged the daughter as his own daughter as early as 2005. The evidence adduced by the wife also included an earlier holographic will executed on November 21, 2015, under which the deceased would also have left his entire estate to his wife and her three children.

Decision of Court of Queen’s Bench.

In the Court of Queen’s Bench, the Chambers’ judge rejected the sister’s challenge to the will. Put simply, no “genuine issue” regarding the will had been demonstrated. The Court found that the deceased and his wife had cohabited for two years or more before marriage. There was compelling evidence showing the validity of this marriage, and showing the spousal relationship, and the paternity of the child.

Given this evidence, the Chambers judge found there was “absolutely no evidence” showing that the deceased’s marriage was invalid.  As such, there was no triable issue with respect to testamentary capacity, or any other ground that might impugn the validity of the will.

Secondly, however, the Chambers’ judge made another important procedural ruling. Namely, the Chambers’ judge found that the sister did not have the “standing” to challenge the will.  Namely, even if the challenged will was found to be not valid, the deceased still had a valid wife, and a daughter who would have inherited his estate. Thus, the sister was not in a position to be affected by the question of whether the 2016 will was found valid, or not. She consequently had no standing to bring the challenge.

In justifying this exceptional award, the Chambers’ judge relied on the fact that the sister “had neither standing nor valid justification for causing delay and expense to her brother’s widow and her children”.

Decision of the Court of Appeal

The sister appealed. That brings us to the Court of Appeal decision in Olson v. Skarsgard Estate.

The Court of Appeal agreed with the Chambers’ judge, and found that that the sister lacked standing to seek proof of will in solemn form.

The Court began by quoting Rule 16-46 of the Saskatchewan Queen’s Bench Rules, which describes who may apply for proof of a will in solemn form:

16-46 A person who is or may be interested in the estate of a deceased person may give notice for the will to be proven in solemn form.

The Court of Appeal made clear that the onus to show standing lies on a challenger:

21      In each case, the court must determine whether a person “is or may be interested in the estate of a deceased person” on the basis of the evidence adduced. This means a person who seeks to have a will proven in solemn form bears the evidentiary and persuasive burden of establishing that he or she has standing to do so. That is, the person must present enough evidence to satisfy the court that he or she is or may be interested in the estate. For example, a person claiming to have an interest in an estate if it were administered in intestacy would have to adduce evidence sufficient to establish a relationship to the testator that satisfies the foremost applicable rule under the hierarchy of rules of succession set out in The Intestate Succession Act, 1996, SS 1996, c I-13.2. Regardless of the context, a person seeking to have a will proven in solemn form must do more than merely assert that they have or may have an interest in the estate. They must adduce evidence sufficient to support that inference.

Here, the Court of Appeal held that the sister did not show evidence demonstrating all of the following:

Only if all three of these findings had been shown to the Chambers judge, would it be possible to conclude that the sister might be the deceased’s sole surviving next-of-kin, and thus possessed of “standing”. Moreover, even then, the sister would still have had to show evidence of a genuine issue surrounding the will’s validity (which the sister did not).

In the result, therefore, the sister had no direct relationship to the deceased’s estate, as to confer standing on her.

Should solicitor-client costs be ordered, without proof of scandalous litigation conduct?

The Court of Appeal referred to the traditional principles governing orders of solicitor-client costs. These were: [1]

The Court of Appeal noted prior Saskatchewan authority which made clear that:

[48] Solicitor-client costs must not be awarded casually and, in my view, never without reasons as to why they are being awarded and an identification of the conduct which is said to warrant them. The Chambers judge should have offered a clear explanation as to his perceived basis for awarding solicitor-client costs. He did not do so.[2]

Here, there was nothing to suggest sister acted improperly in the litigation, or outrageously or reprehensibly. While her challenge lacked merit, that was not a reason to order solicitor-client costs. Rather, solicitor-client costs should be awarded because of procedural “behaviour related to the prosecution or defence of a claim.”

As such, the award of solicitor and client costs was set aside, and in its place was substituted an award of party and party costs (meaning, the sister only had to pay the tariff (partial) costs of the wife).

Olson offers an reminder of the importance of “standing.”   Standing is the ability of a party to show a sufficient connection regarding a given legal dispute, as to justify that party’s participation in that lawsuit.

As such, “standing” is a key threshold inquiry for any party to make. Emotions can run high in estate matters, and a party might be immediately driven by a sense to proceed to court, in order to “right the wrongs” perceived in a given will, etc. However, any party should take a moment to first ask, whether they are indeed within that category of people who can legitimately make such a legal challenge. A basic first question might be put as follows – ask what will happen if you successfully overturn a given will. If you then stand to inherit, you likely have standing. If you do not, you may be best advised not to commence a formal legal challenge.

For more information on this subject or specific legal advice, contact James Steele at 1 306 933 1338.

Robertson Stromberg LLP offers legal advice and representation in all areas of law, including experience in estate litigation.

Copyright 2018 by the author. All rights reserved. Reproduction of any material herein without permission of the author is prohibited.